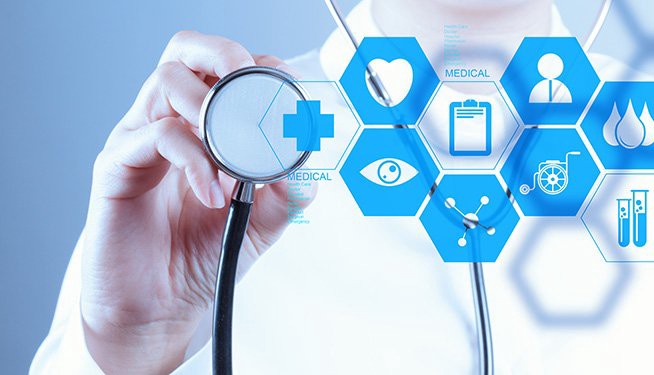 To say that building health information exchange websites wasn’t easy would be a tremendous understatement.

Though things seemingly work out in the end, with 8 million Americans signing up for healthcare coverage through the exchanges between Oct. 1 (roughly) and April 15, the Healthcare.gov launch was a textbook lesson in how to botch a software development project. Many of the states that opted to build their own sites similarly struggled. A host of errors confronted users, from lorem ipsum text to latency issues to woeful security.

That said, some bright spots did emerge. Healthcare.gov recovered from its disastrous debut, as did several state exchanges — including some operating in difficult political environments.

With the 2014 Obamacare enrollment deadline behind us, here’s a look at health insurance exchange technology’s winners and losers. (For a more comprehensive look at the exchanges, their impact and their projected growth, PwC’s Health Research Institute has you covered.)

Let’s start with something positive. When faced with the prospect of doing something that had only been done once before — in Massachusetts, in 2006, when that state built a portal as part of its healthcare reform bill — the Nutmeg State made the wise decision to hire Kevin Counihan, who’d been the chief marketing officer for the Massachusetts Health Insurance Connector Authority.

Counihan, CEO of AccessHealthCT since 2011, describes Connecticut’s website, built by Deloitte Consulting, KPMG and other private contractors, as an “exchange in a box.” It’s reliable, reusable and scalable, so it’s no wonder that Maryland and other unnamed states are looking into the Connecticut model.

There’s nothing wrong with using someone else’s stuff when yours isn’t up to par. That’s what Maryland decided to do after its $129 million health insurance exchange website didn’t work. The Old Line State opted to use the same technology deployed in Connecticut. Deloitte says it will cost between $40 million and $50 million — or, much less than the original, failed project.

That’s well and good. You know what you shouldn’t do, though? Testify before Congress that something you did wrong isn’t your fault. According to The Wall Street Journal, Maryland officials blame the software vendors, saying that patching together a site instead of building one from scratch was a “major misjudgment.” Maryland Gov. Martin O’Malley got in on the act, too, telling The Connecticut Mirror, “The vendors we hired failed to build us the platform they promised.”

In particular, the state singles out IBM, which made the software intended to help Marylanders determine whether they were eligible for insurance. Maryland says the software “hasn’t worked well.” Big Blue says the state failed to manage the project. Regardless, Capitol Hill is no place to air your dirty laundry.

Speaking of what you shouldn’t do, let’s talk about Cover Oregon. In the long run, this may be more embarrassing than Healthcare.gov.

As of mid-March 2014, the site still wasn’t working — and that was one full year after Cover Oregon staff were “shocked” to see that the Oregon Health Authority hadn’t yet built a working site.

It gets better (or worse). That quote comes from a tort claim notice — the typical precursor to a lawsuit — filed by Carolyn Lawson, former OHA CIO. Lawson says she was forced to resign amid a “substantial cover-up” about the state of the project and was “privately threatened and publicly scapegoated” when she said she wanted to be truthful with the public. (The Cover Oregon CIO resigned, too.)

Lawson blames Cover Oregon, involved in the project since June 2012, for an “inability to articulate clear business requirements” and “provide effective leadership.” She also blames Oracle, saying the firm, acting as a systems integrator, “committed serious and fatal blunders in its work.”

The federal Centers for Medicare and Medicaid Services tends to agree. In a report, it says Oracle failed to communicate with Oregon officials in a timely manner, to provide testing results and to plan for disaster recovery and business continuity.

That said, CMS also blames Oregon for never actually setting up a central project management office and relying on the vendor for that purpose. CMS adds that Oregon is using “the most complex mix” of Oracle products among those states working with the vendor.